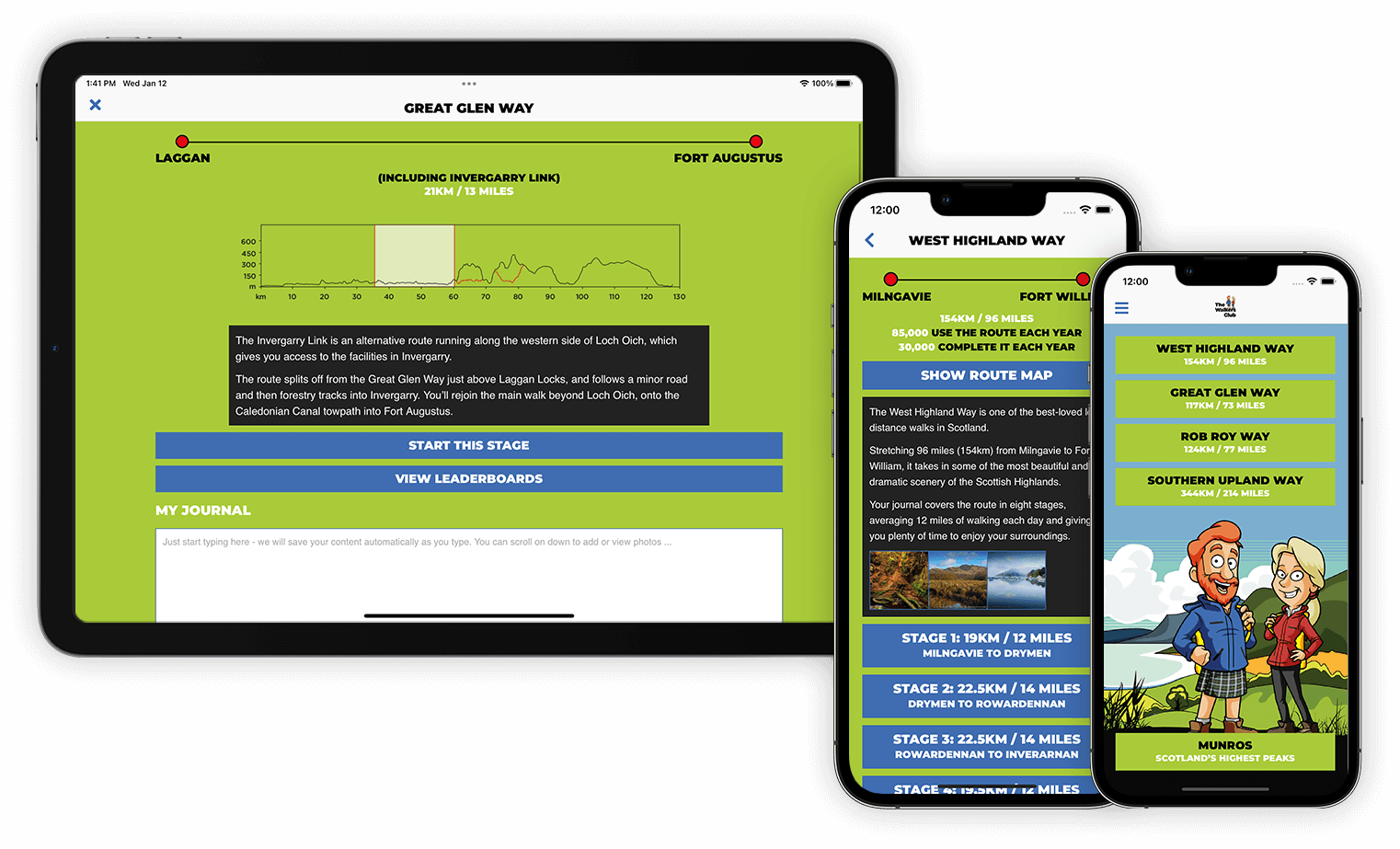 We were contacted by Ruth Campbell, of The Walkers Club, who was keen to build an app based on the club’s journals.

The physical books allowed walkers to record notes about their journey as they go, on four of Scotland’s walks, including the West Highland Way.

Ruth was keen to produce an electronic version, where users could store notes and photos, as well as viewing information on local businesses relevant to a stage of each walk. The app would also feature advertising, with businesses able to feature in specific sections.

A crucial component was that the information all had to be accessible offline, as the walks go through many areas with extremely limited phone signal.

Ruth had started the process of having an Android app developed with another developer but this had stalled without any functionality being available. She required the app to work across iOS and Android devices from the outset. App users can also feature on leaderboards, comparing their times for each stage against others.

We built the app around the existing branding of The Walkers Club, reusing graphics that were already featured in the printed books and creating similar versions to these that would be shown within the app.

The app’s layout automatically adjusts to the screen size and shape it’s being viewed on, allowing support for a whole range of iOS and Android devices without complex customisation being required.

The app is built to interact with a custom web admin interface we built, based on our standard CMS. This lets Ruth manage details of walks, stages, and add listings and other elements such as ads directly via the web, pushing these updates out to app users whenever she wishes. The vast majority of the app’s functionality can be used without an internet connection, with information for features such as leaderboards being synced back to the web when access is available.

The apps can be used again and again, with an archive function allowing registered users to store all details of one walk they’ve done if they set out again.

More of our work